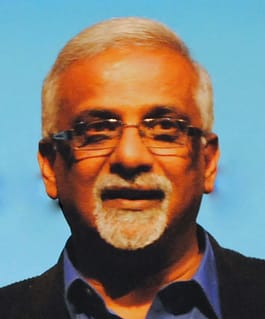 At a young age growing up in Bangalore, Karnataka, Robin, had the opportunity to enter the world of sports and began to find success. He represented India at the 100, 200 metres and relay. At that time, he was coached by the famous coach Lingappa who still coaches today at the age of 90.
After years of peak performance, he went through a rough patch which brought a lot of disappointments. The down-side to being embedded in sports is losing. This made him search for purpose. He became a follower of Jesus during that phase of his life and began to find meaning.
As a runner, he was able to stand against the challenge to get short term results by unethical means because of his faith in Christ. He was training for the 1978 Asian games in Bangalore. In those days Kanturva stadium had a cinder track. In the national camp the team will be selected to participate in 4 X 100 relay for the national team if the qualifying time of 40.5 seconds was achieved. The rain disrupted practice before the race. At that time, the team discussed, what they had done the previous year. In the 4 X 100 metres relay, you have to stay in your tracks. If the third runner cuts into the first lane he cuts the distance and time. Being the third runner they wanted Robin to cut tracks, to which he refused. The two judges who were also from Karnataka, came to him saying “Robin, you are from Karnataka, do what you want and we will not disqualify you”. But, Robin refused to cut tracks and the team did not qualify. He was disappointed but was glad that he was able to stand for the right thing.
He became a Chaplain at several sporting events like the Asian Games in Seoul, the Seoul Olympics, World Athletics Championships in 1993, 1995 and 1997 and finally the Sydney Olympics 2000. He had the opportunity to travel around the world rubbing shoulders with sports stars like Carl Lewis, Madeline Mims and Jonathan Edwards.
During one of his visits to the US, he had the opportunity to attend a conference by the Association of Experiential Education, which opened his eyes to the world of experiential education. This led to the formation of Breakthrough, a project of the trust, Sports Outreach India in 2000.
Today, as the CEO and Founder of Breakthrough, Robin impacts organizations in India and different parts of the globe through experiential learning. He has facilitated Outbound training programs for CEOs and top management in a number of multi-national companies. Under his leadership and guidance Breakthrough has grown to have three campus in South India, two of which are partnered centres. We hope to grow across India and Srilanka in the coming years impacting lives through experiential learning. Srilanka is the next focus for Breakthrough with the ground work that has already begun for the upcoming centre.
https://mljhzhkit9tv.i.optimole.com/w:auto/h:auto/q:mauto/f:avif/https://breakthrough-india.com/wp-content/uploads/2015/02/Robin-2BUncle-2Bfinal.jpg 784 651 Breakthrough Admin https://breakthrough-india.com/wp-content/uploads/2020/08/BreakThrough-logo-colour.png Breakthrough Admin2015-02-03 13:56:002021-06-21 08:34:29A snap shot from the life of Robin Paul, CEO and Founder of Breakthrough
0 replies

The challenge of Team Building capabilities among students
Scroll to top